The Finnish Marimekko is particularly noted for brightly colored printed fabrics and simple styles. The brand has made important contributions to fashion, especially in the 1960s, used both in women’s garments and in home furnishings.

The Cushion Shop offers a wide range from Marimekko’s cushion collection and a selection of other items. The fabrics are available at request and if you have questions about any Marimekko products, just ask us at info@thecushionshop.com 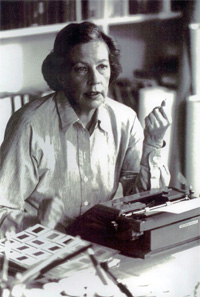 History
Marimekko was founded in 1951 by Viljo and Armi Ratia, after the former’s oil-cloth factory project failed and was converted to a garment plant. Armi asked some artist friends to apply their graphic designs to textiles. In order to show how the fabric could be used, the company then designed and sold a line of simple dresses using their fabric. It came as an early recognition of fashion as an industrial art and of Marimekko’s role in the process when Finland’s leading industrial designer Timo Sarpaneva invited the company to present a fashion show (albeit canceled at short notice) at the 1957 Triennale in Milan. The garments were eventually showcased in the nearby Rinascente upscale department store under its then store display manager Giorgio Armani.

Two pioneering designers set the tone for Marimekko: Vuokko Nurmesniemi in the 1950s, and Maija Isola in the 1960s. Nurmesniemi designed the simply striped red and white Jokapoika shirt in 1956; Isola designed the iconic Unikko (poppy) print pattern in 1964. They created hundreds of distinctive patterns and helped to make Marimekko a household name across the world. The bold fabrics and bright, simple design strongly influenced late 20th-century taste. Many of the early Marimekko designs, including Maija Isola’s Unikko, remain in production today.

Marimekko was introduced to the United States by the architect Benjamin C. Thompson, who featured them heavily in his Design Research stores. They were made famous in the United States by Jacqueline Kennedy, who bought eight Marimekko dresses which she wore throughout the 1960 presidential campaign.

Later on the 1990s Marimekko achieved publicity in the hit series Sex and the City. The fictional main character of the series, sex-and-relationship columnist Carrie Bradshaw, wore a Marimekko bikini on the season 2 and later on, a Marimekko dress. On the fifth season the series also introduced tablecloths with Marimekko prints. (Source: Wikipedia)